Strictly Come Dancing (informally known as Strictly) is a British television dance contest, featuring celebrity contestants, with professional dance partners competing in a ballroom and Latin dance competition. Each couple is scored out of 10 by a panel of judges.

Dancing Derek  is just an amazing teacher. I have worked with him for the last few weeks and what he has done for the Students in this Strictly Come Dancing competition was just wonderful.His inspiration and teaching was just second to none. i  would highly recommend him as a dance choreographer if you plan holding this type of competition as a fundraiser for your school , football club or chosen charity 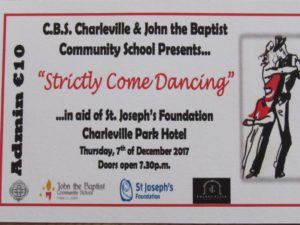